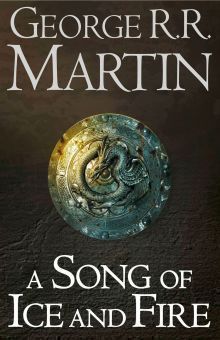 George R. R. Martin has become a force in the fantasy world, providing readers and viewers alike a chance to enter his elaborate and almost real world of Westeros. But what do you read when you’re waiting (and waiting) for the latest installment in ‘A Song of Ice and Fire’ or the newest season? We’ve got you covered. Check out these books to get your epic fantasy fix.

N. K. Jemisin
Two of her novels have become 80 Books Blog favorites, The Fifth Season  and The Hundred Thousand Kingdoms. Jemisin has been nominated for numerous Hugo and Nebula awards. Her books are rich with detail, complex characters, and the type of writing that fully immerses you in the plot, and you forget you’re reading a book. There’s magic, gods, murder plots, and kingdoms to inherit.

Okorafor is a writer from Nigeria that writes many stories based on lore from the country, but usually with a sci-fi or fantasy twist. Her novel Who Fears Death, was a nominee for a Nebula, World Fantasy Award, and Locus Award. She has also recently published the novella Binti, with Tor.com publishing. Her writing packs a lot of punch. Don’t expect everything to be what it seems.

Ann Leckie
Leckie is a sci-fi writer whose latest book has an Artificial Intelligence being as her main character. Where the comparisons to GRRM are concerned, world building is of utmost importance. In Leckie’s first novel of the series, Ancillary Justice, we follow Breq as she travels from different cultures on a quest to avenge those who destroyed her ship. It’s GRRM level intrigue.

Naomi Novik
Novik’s Temeraire Series is based on the Napoleonic Wars, but with dragons. Fierce dragons, conquering nations, a time of unrest, sounds like GRRM formula. This nine-book series will have readers tied up for a while. If readers are looking for a stand-alone novel, Novik’s most recently published book, Uprooted, is full of witches, wizards, and even a Dragon, but the dragon is not what it seems.

Tananarive Due
Ms. Due was the co-host of the Hugo Awards in 2015 and her most recently published work, Ghost Summer is a collection of short stories full of horror seeped in African American life. For our GRRM recommendation, My Soul to Keep is about a woman and her immortal husband who must decide if it’s worth her soul to stay together forever. This is a part of a four-book series that explores themes such as morality, anti-heroes, and mysticism.

Do you have any books that you read in your GRRM hiatus? Let us know in a comment!